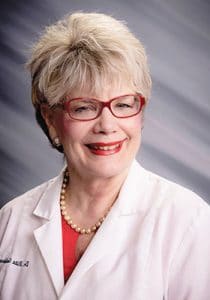 Dr. Rita Osborne-Goldman DC is from a Chiropractic family. Her father Dr. George R. Osborne DC moved to Maysville in 1948 to practice. So the Osborne-Goldman's have treated and are currently treating four generations! She is a graduate of Maysville High School, Attended Park College and Penn Valley in Missouri and graduated from Cleveland Chiropractic College in 1989. She and Dr. Arnold Goldman moved back to Maysville in 1990, after practicing in Shawnee, Kansas.

The Goldman's were published in The Miracle of Chiropractic by Dirk Tousley, and listed as one of the 63 Outstanding Chiropractors in the United States. They were Radio hosts on WAXZ 99.5 FM for 10 years, and have been frequent guests on radio stations in Ohio, Kentucky, Texas, and Florida.

Dr. Rita and Dr. Arnold are the proud parents of Barbara and David Goldman, whom they have groomed to manage their clinics. David is the General Manager and Barbara is the Manager of the Georgetown clinic.